Enhancing a better equipped and meaningful education system for all future leaders. 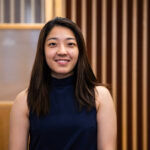 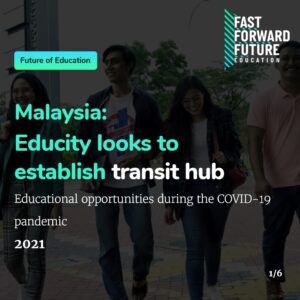 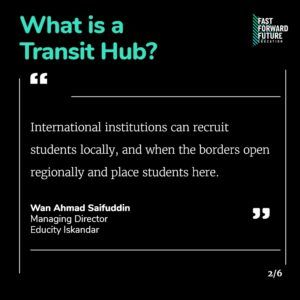 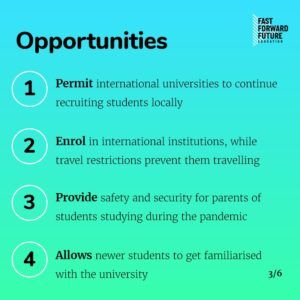 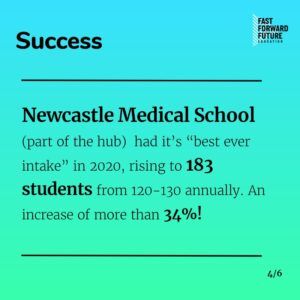 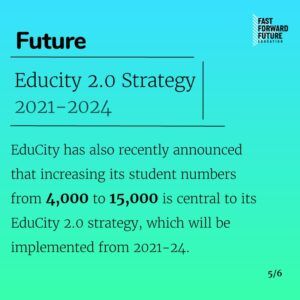 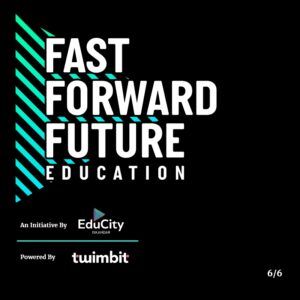 This article first appeared in The PIE News.

Malaysia-based education centre EduCity is looking to establish a transit hub to allow students to enrol with international institutions in a “conducive learning environment” while travel restrictions prevent them from studying overseas. According to EduCity – which hosts international campuses including the UK’s Southampton and Reading universities –the transit hub will also permit international universities to continue recruiting students locally despite the pandemic.

“We know that for students coming to the UK, especially Malaysian students, the safety and security was key for many parents,” said Cecilia Pereira-Yates managing director of partnership specialists GB8. Universities providing more online provision than face-to-face or are offering staggered enrolment will be able to offer students “an environment which is very supportive and gives that student experience” but without requiring international travel, Pereira-Yates suggested. “[It] provides a real strong reassurance to parents,” she continued. The project “fills the gap of actually being the bridge between UK universities and the Malaysian consumer”.

First year students are especially in need of extra support, EduCity Iskandar MD, Wan Ahmad Saifuddin indicated. “I think new students would face a much tougher time because they’re not familiar with the place,” he told The PIE News. With the transit hub “international universities can recruit students locally and then place them within EduCity where we have all the facilities” including student accommodation for up to 640 students and sporting facilities.

Additionally, EduCity has recently opened a student hub modelled after student unions, Saifuddin added. “For us, the shared facilities was always an important component. And in these times, we’re actually very well positioned to offer different business models to other institutions. So this transit hub, the whole idea is that is that international institutions can recruit students locally, and when the borders open regionally and places students here. Your teaching and learning could still be online or we could also work with them to hire tutors to help the students with the learning,” said Saifuddin. He added that there’s a lot of talk about potential opening of border with Singapore by January.

“I know the chief minister of Johore has been pushing hard… In Johore the [Covid-19] cases are very low, in Singapore it is very controlled as well,” he explained. “In the parents eyes, this could be quite a sensible approach in this current state of such uncertainty because they don’t want to defer the students from going to university this year,” Pereira-Yates added. “But at the same time, [students] taking a flight, going across the world and studying in the UK right now might not suit a number of parents.”

EduCity has also recently announced that increasing its student numbers from 4,000 to 15,000 is central in its EduCity 2.0 strategy, which will be implemented from 2021-24. One of the hub’s institutions – Newcastle Medical School – has had its “best ever intake” in 2020, rising to 183 students from around 120-130 annually. “Malaysia and Southeast Asia is normally a very good market for the UK institutions,” Saifuddin added. “We’ve been approached by institutions in China and in Australia as well… the demand in China is so high. Canada has also been in touch with us.”

EduCity is also looking to utilise its location near business hubs in Singapore, Johore and Kuala Lumpur to begin offering UK students internship and job opportunities in the future. Earlier this year, WholeRen announced similar student village models in China. When borders reopen, Malaysia as a education hub is going to grow again, Pereira-Yates continued, while institutions looking to employ TNE “creatively” will benefit. “Demand for in country provision is going to increase,” she said.

“With the way TNE works, I feel that the landscape will go back to what it was about 1997/98/99, when the currency crisis happened in Southeast Asia, and the demand for TNE grew. TNE will grow, and evolve. So the way I believe universities in the UK need to look at TNE in a more creative way.”

“The transit hub, I think, is one very creative approach to the TNE model.”